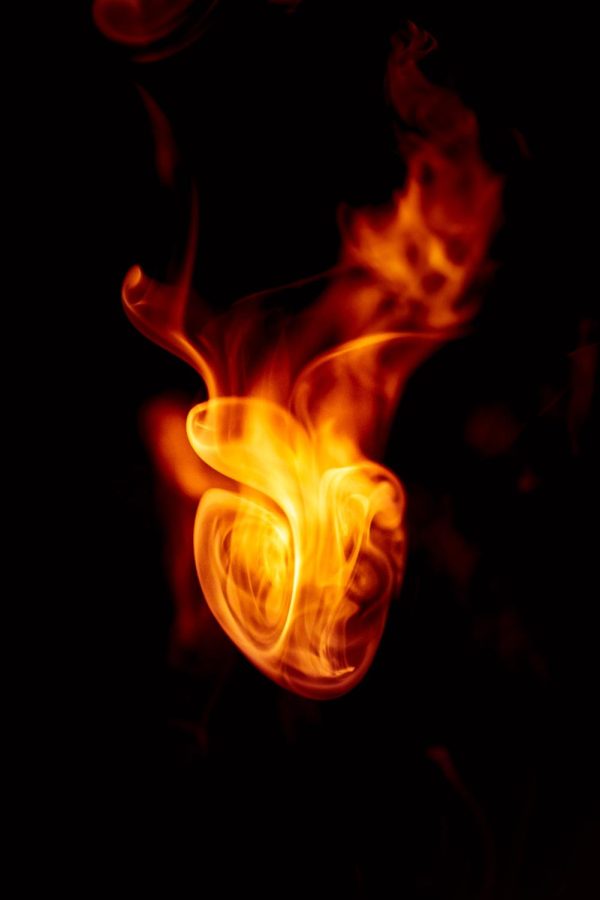 As a teenager myself, I admit that when the fact that a teenager's brain isn’t fully developed is brought into an argument, I often dismiss it as a sorry excuse for handling our age with child gloves. In this case, though, it is important. We know that at this point the brain has not fully developed its prefrontal cortex, a key region in decision making. Therefore, we are more likely to be caught in the crosshairs of Twin Flames, especially when the promise is anything you want: money, love, success.

It’s officially spring, and with the warmer weather the heart de-thaws as well. This phenomenon, known as spring fever, has made this season infamous. There is nothing wrong necessarily with this line of thought, but before you start frolicking, be wary of the dark side of this philosophy.

In blind attempts to find that perfect sappy rom-com (1) romance, some turn to more spiritual (2) answers to love life. Perhaps turning to horoscopes, tarot cards, maybe carrying rose-quartz like a security blanket of love, all in a good-natured effort to seek some higher power to back one’s quest for a true relationship.

This isn’t new information since practices like these seem to run rampant through this generation. A girl in my Portuguese class claims to read tarot cards, most of my friends own rose quartz and believe in its higher power (3), and I have been guilty of taking a peek at a daily reading here and there. There’s nothing wrong with these harmless practices. In fact they can be stable in an unstable society. But for those who venture for more potent methods to achieve perfect union, they will often come across the concept of twin flames, cosmic love, or destiny…

As a teenager myself, I admit that when the fact that a teenager’s brain isn’t fully developed is brought into an argument, I often dismiss it as a sorry excuse for handling our age with child gloves. In this case, though, it is important. We know that at this point the brain has not fully developed its prefrontal cortex (4), a key region in decision making. Therefore, we are more likely to be caught in the crosshairs of Twin Flames, especially when the promise is anything you want: money, love, success.

I first came across the idea of Twin Flames in a search for a new mystery podcast, and what the podcast exposed struck so close to my heart, I had to do my own research.  Twin Flames is defined as a deep romantic connection with your perfect partner, a love designed for you and no one else, according to Jeff and Sheila. The podcast discussed Jeff and Sheila, a couple on YouTube (5) who claim to offer all the tools to find your twin flame, your perfect match, made by the “creator.” Stephanie Beatriz, the narrator, delved into first hand accounts of how Jeff and Shelia’s promise preyed off their desire to love and be loved, and ultimately used this desire against them.

At first what Jeff and Sheila promised seem to be stereotypical YouTuber advice, to love yourself, embrace yourself. But as described by the first hand accounts, Twin Flames, Jeff and Sheila, slowly infect every area of your life, until you become “a honey badger of love.”

In the video I watched, the first one on their YouTube page, Jeff immediately attempts to sever those who believe and those who don’t within the first 30 seconds.

“Once you know about twin flames, you’re in this club,” Jeff says. “Once you’ve heard the call of your ultimate lover, your sacred twin flame union, suddenly you’re going down a rabbit hole.” This statement is ominously eerie, suggesting that by simply playing the video, I have committed to a spiritual journey for twin flame union. “You’re watching this video, you’ve heard it,” Jeff proclaims.

Immediately my blood runs cold. Although I know I am watching this video for investigative purposes, the way he said it makes it seem like a message from a spiritual entity, a message that can’t be avoided.

Angie, a twin flames union member, describes her journey on the podcast. She describes how Jeff and Sheila berated her when she did not act boldly enough towards her twin flame on Google Meets, how any problem between her and her twin flame was because of her, not any outside circumstance, that she did not want it enough. In reality in both cases of her twin flame journeys, her twin flame that they were telling her to “claim” (7) was simply not interested.

Accepting rejection is an important part of the human experience, it’s the first step to move on, but Jeff and Sheila do not believe this, they believe to accept rejection is to give up. This is seen in another case of a believer, who after her twin flame rejected her, went as far as to disobey restraining orders and follow her twin flame to Europe, and eventually land herself in jail, all the while being encouraged and worshiped by the group.

This type of devotion to the group is a prominent part of how it functions. Jeff describes it as “devotion and dedication to love itself,” when in reality this dedication is putting full faith in Jeff and Shelia’s words.

At first this may just seem like your typical YouTube scam, but in fact it’s an organized business. Jeff and Sheila have coaches for their classes, a program that you pay for, the same program Angie was in. They own a book, run a website, and a private Facebook group. On their website the homepage is a proclamation of how Jeff and Sheila found their twin flame, and success, and every human desire under the sun, and can enlighten the path for you, too. Their coaches are twin flames too, making the concept of twin flames more realistic to an interested potential believer.

This devotion, however, is not only dangerous, but financially as smart as investing in the taxi business in 2003. Angie describes that once she was exposed to the truth of course after the group pressured her into changing her pronouns to he/him and becoming masculine (8) to attract her twin flame, she was in financial ruin. She put all her time in the group, all her investments in changing her appearance and going to classes. The group cut her off from her loved ones, leaving her with the task of rebuilding her life after twin flames burned it down.

Perhaps it could be perceived as ridiculous that anyone would do this to themselves, but after reflecting on the issue itself, I found it is only human. Don’t we all have something we would do everything for? Isn’t the idea of perfect union appealing, especially to those inexperienced? If the forbidden fruit was said to hold everything you could want in its taste, who wouldn’t take a bite?

I find it unlikely that a significant number of high school students are at risk of joining the twin flames cult, but in the age of social media it’s not just one cult, it’s many. I do find it likely that in desperation, many of us would turn to any sort of advice, especially when it seems divine, and is exactly what you want to hear. If you get rejected, of course you would want to hear it’s a sign of true love, most of the time this is not the case. In reality rejection is a part of life, and after one you must move on, it’s pointless to wallow in the trenches of lost love forever, it won’t change the circumstance. Being out of love is also part of life, and no promise of a twin flame will make your soulmate materialize out of your want for one.

I like to think of twin flames and groups like it as the Shein of love. It looks put together, fashionable, and easy on the outside, but in reality, it’s cheap, and in the business of making money, not making you happy. There is no shortcut to success or love, no formula, no user’s manual, and if someone can sell you otherwise, there should be major red flags. Don’t let burning desire or twin flames leave ashes of your life. To put it simply if something seems too good to be true, it is. Spring fever (9) is upon us, just don’t get too hot, or start a fire you can’t put out.

The Notebook, 10 Things I Hate About You, Love, Simon, Love Actually, Dirty Dancing, La La Land, Call Me by Your Name, you get the jist
Queue eerie music, Buzzfeed Unsolved and Dateline collab
It’s a rock, if I believed in Macaroni noodles like some of you believed in stones, Macaroni would cure my headaches, that’s called the power of belief sweetie.
No, you cannot make your brain age faster by drinking coffee, I tried… I just make bad decisions with more energy
My YouTube feed…permanently messed up
Jeff, a ice wide blue eyed, long brown hair, brown bearded, male, reminiscent of western depictions of Jesus Christ, but if he was a chai latte drinking millennial, who did not live in the desert but a comfortable house in Michigan, and collected followers via social media
“Claim your twin flame,” a narrative often pushed on the channel, and a dangerous one you cannot claim a person, unless they are your child and are not an adult
Divine feminine and masculine, another ideology that follows the group, one that often affects the identity of their followers
If spring fever becomes unbearable, I suggest touching some grass and watching John Mulaney. This will offer the same amount of satisfaction as a relationship, minus the hassle of caring about another person, and the countless other pitfalls of relationships!