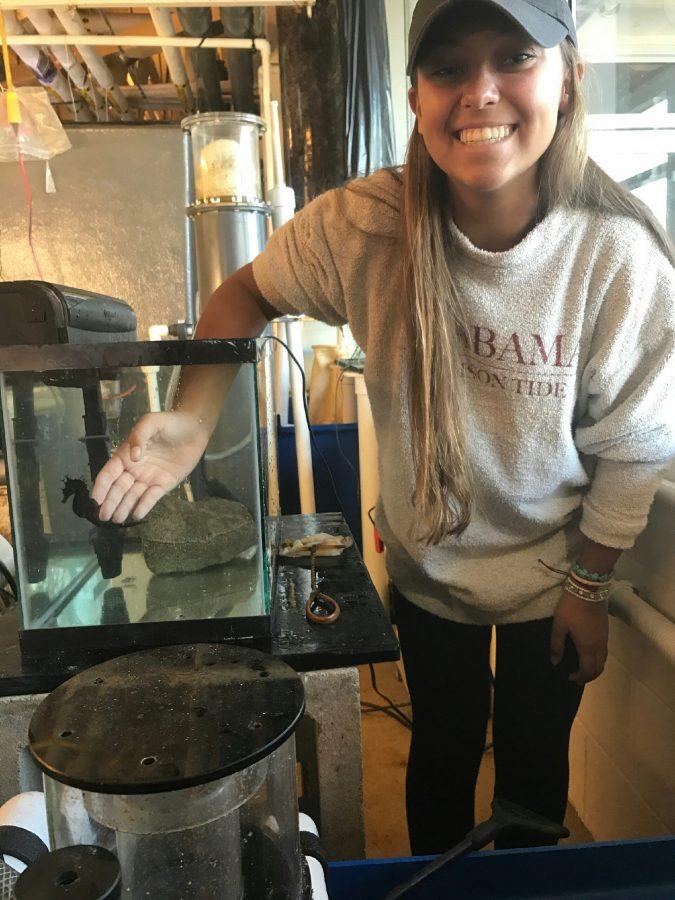 For many, life after high school is a daunting prospect. When it comes to the question, “What do you want to be when you grow up?” many students are unsure of their answer. Even those who have an inkling cannot know for certain whether or not that career is best suited for them without experience working in that field. Luckily, through the DHS Internship Program, experimenting with careers through hands-on experience is an option.

At the end of junior year, those interested in pursuing an internship can sign up for the class using Aspen and fill out an application describing their interests. An advisor works with Guidance Counselor Daniel Wright, who manages the program, to place each student in a suitable internship. If there is difficulty placing someone within their realm of interest, they will be notified via email and come up with an alternate plan.

Although senior Victoria Costa found herself in that particular situation, she is still pleased with her internship experience. Her first choice internship was with the Portuguese Consulate in New Bedford, which serves as a form of Portuguese Government administration in the United States. Due to a conflict in scheduling, Costa was unable to intern at the Consulate and instead was placed at the Immigrants Assistance Center in New Bedford, where she works every Tuesday from 1-5:30 pm.

First, Costa entertains a social circle consisting of Portuguese elders that enables her to practice her Portuguese. “We do different activities including music, painting, and of course, having soup,” she said. “I get to internship after they have lunch. Some days, being the Portuguese people that they are, they leave some extra soup and bread for me to eat when I get there.”

Afterwards, she assists a group in the Immigrants Assistance Center with creating a documentary about Portuguese traditions. The project is set to be finished in January.

Overall, Costa has enjoyed her internship. “Even though it’s not the exact job I’d like to have in the future, it was a great opportunity to expose myself to some of the skills that I will need to go into international relations, which is what I’d like to study in college,” she said. “It’s been great having the opportunity to see what this specific part of the field is like.”

Senior Riley Piva’s internship has contributed to her decision to major in marine biology. She helps care for the wet lab at the UMass Dartmouth School of Marine Science and Technology in New Bedford during fourth block each day. While there, she washes filters so their contents can be returned to the ocean. On one occasion, she was cleaning a 12 foot cylinder filter and dropped the cleaning brush to the bottom of the tube. The only way to fetch it was by raising the water levels so that the brush would float back up.

Piva also feeds tanks of mysis and brine shrimp. Her main duty is to tend to a seahorse she caught. She changes the water in its tank and feeds it specially cleaned shrimp. “I love it because this is what I want to do later in life,” she said. “I love working in the wet lab, running tests, and taking data. It taught me how to logically problem solve and figure out situations on the spot.”

Senior Edmond Desmarais is interning at the Bristol County Sheriff’s Office in Dartmouth with the K9 Unit, which works with police dogs. Although he is only required to be there for an hour each day during third block, he often spends his time there outside school. While there, he assists in training two Labrador retrievers to detect explosives and drugs. His role involves hiding the substances and keeping track of where they are hidden.

He said. “I think it’s safe to say I’ve learned more useful things in my internship than I have in all three completed years of high school.”

Desmarais plans to pursue a career in dog handling with either the military or law enforcement and found his internship to be extremely valuable. “I love my internship. It’s one of the best things I’ve ever done,” he said. “It’s good for me to put on a resume when I start looking for a job in that field of work.”