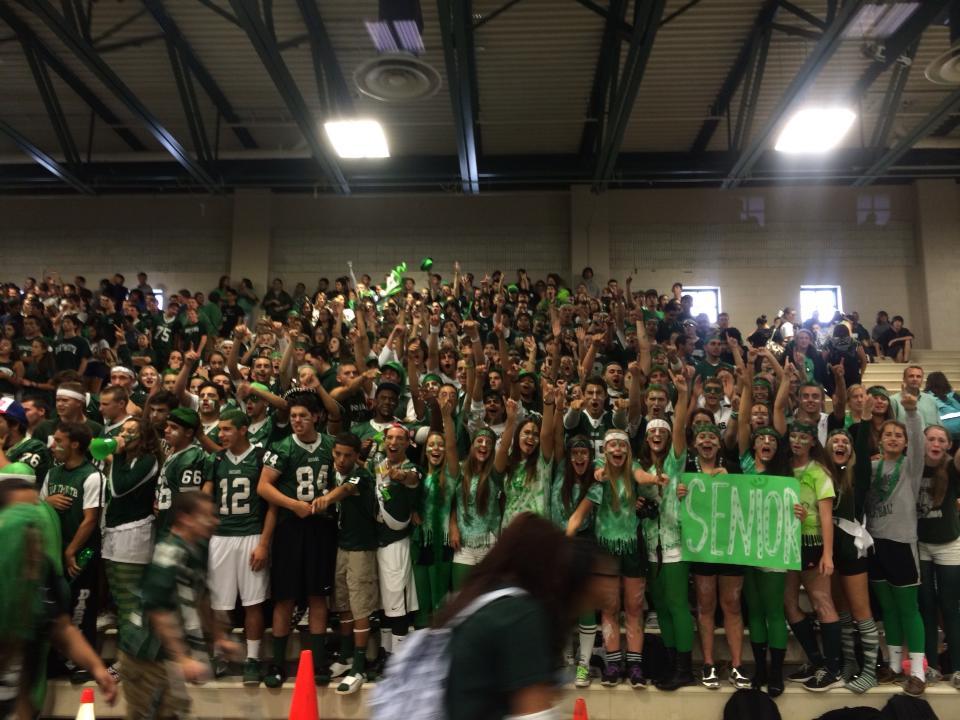 Remember when we used to do things like this? Pep Rally circa 2013. It's probably going to look different this year.

The administration’s planning for the school to fully reopen has been a daunting task, but once schools were officially marked as a non-super spreader for COVID, the push for education to be in person, not just in our district but across the state, has gained momentum. DHS has been in a remote/hybrid learning model since March 2020, and a year later the possibility of coming back in person has finally come within reach.

No official return date has been set at this time.

CDC officials have plausible data showing us that children between the ages of 5-17 are least likely to catch COVID and the administration has been going around measuring desks and putting new desks in classrooms in preparation for everyone coming back.

Where there were once 15 desks in a classroom there are now 30, now all three feet apart instead of six according to new guidelines. The hallways will start becoming crowded, and there will be no more sleeping in every other day when you had an online day.

But how will everyone fit into the classrooms all socially distanced?

Even with the requirements only requiring three feet of space, a class of 30 Spanish students would not be able to fit in a foreign language classroom. Special area classes such as band or orchestra incorporate students from every grade, and already have a hard time with socially distancing just one cohort much less two.

Outdoor class under a tent, auditorium lectures, or just moving classrooms based on class size have all been considered by the administration. The problem with tents is the New England weather. This far north it is not uncommon to have constantly changing weather, rainstorms, sunny days, and chilly mornings all within the span of a week. Not only the weather but the electricity, WiFi, and social distancing guidelines are all issues to deal with. Running a cord from the school to an outdoor tent leaves a hazard for drivers leaving or entering the school, as well for students tripping or shocking themselves on the wire itself.

Guidance Department Lead Teacher Bridgit DaSilva and Dean Michael Martin are in the process of finding out which classes are too large for their room with everyone back and finding new options for them.

Moving teachers and students to a new classroom that would be able to accommodate both cohorts is a struggle for administrators. However, DHS principal Ross Thibault predicts that the majority of “wellness classes as well as many art classes, music classes, etc. will continue to take advantage of nice weather to get outside and to conduct classes as they normally would in the nice weather.”

Only a few classes face this problem. However, the majority of rooms can hold both cohort A and cohort B students. Thankfully, the majority of rooms that students have been going in and out of all year will stay the same. Keeping the same classrooms and just merging the classes will provide more comfort to both students and teachers instead of needing to move everyone around. The ultimate goal is to get students back in person safely and socially distanced before the next school year.