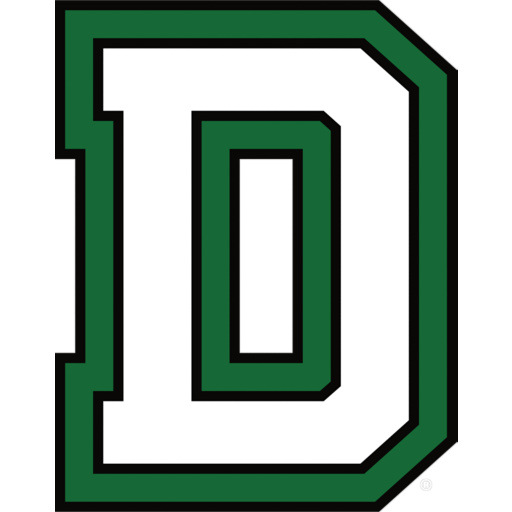 The geometric and neutral Dartmouth "D."

Editor’s Note: The opinions expressed in the survey results are not necessarily those of The Spectrum, its staff, or the writer of the article. This article serves to display the results of a survey conducted by the Spectrum, not as a means to fact-check or take a side in an argument.

In a Spectrum survey with 372 responses, an overwhelming majority of 76.9% believe the Indian mascot should remain.

In an effort to ensure respondents would feel most comfortable and willing to truly speak their minds, the emails of respondents were not collected in any way. As a result, many respondents evidently submitted multiple responses that can be seen in identical additional comments. These duplicates mostly came from those who strongly oppose the removal of the Indian mascot.

Even still, the survey fails to differentiate repeat respondents who did not write the same comments because it is simply impossible to tell without collecting names.

Many respondents from both sides of the argument voiced strong opinions in the optional comment section.

“Dartmouth has been Indians for the longest time and it is foolish that it should be replaced. If people are affected by the Indian because of the logo and the name and who it is, most of these people being affected aren’t even Indians, and there is a small group of Indians near us and I’m 98% sure that they do not care,” said one DHS student.

Others cited Indigenous People and said, “My Great Uncle is a part of the native community. Not only did he say that the Dartmouth High School’s mascot, ‘the Indian’ is not offensive whatsoever, but he announced that it is a positive symbol of the native community. Keeping alive our history is important to the Wampanoag tribe in which my Great Uncle is a part of. Furthermore he described the privilege of being a Dartmouth Indian as he says, ‘It’s being a part of something bigger.’ With all my hope and dignity I will forever call myself a Dartmouth Indian.”

At the other end of the spectrum (editor’s note: no pun intended), one opponent of the mascot said, “When a group of people objects to something which is created by people who do not represent them, it is the responsibility of the creator to respect the wishes of those they think are representing. The Native American logo is disliked by the tribes it is supposed to represent, so it should no longer be the mascot of Dartmouth High School.”

This respondent justifies the Indian mascot with other cultural mascots. From the Boston Celtics to the New England Patriots, many American teams have mascots depicting specific groups of people. Are these cases different from the case of the Indian mascot? If the Indian should be removed, should the Celtics follow a similar fate? When and where is the line between accepted and racist?

Many of the survey respondents also voiced their concerns about what a replacement for the Indian would look like.

“Indians represent power and strength. If you look at the Indian culture you see all of their strengths and their smarts they used to help them out. There has been a rumor going around to changing it to ducks. Ducks are weak. You associate ducks with being innocent, sweet, weak, little creatures. I am pretty sure that we wouldn’t want our school to be represented by ducks but rather a strong powerful Indian. People are saying that it is offensive to the Indian culture, but in reality the Indian culture is very powerful, you want to look at this in a more positive way than negative,” said one respondent.

To the idea of changing the mascot, one parent said, “I will remove my children from the Dartmouth public schools system if the mascot is changed.”

These changes have begun to subtly take place in the community as DHS unofficially moves towards a more neutral symbol of a green “D.” The logo in the center of the newly installed $1.9 million turf field is the green “D.” Many official school newsletters and social media pages, such as BigGreenSports do not include the Indian logo.

Some survey respondents who support this change voiced their moral guilt.

“I think it’s about time we change our mascot. Indigenous people are not objects or symbols, they are human beings. It feels wrong any time I wear or buy Dartmouth merchandise with the Indian logo on it,” said a respondent.

Despite Dartmouth leaders moving away from the Indian mascot, the majority of the survey respondents would like the mascot to remain. They feel that Indigenous Peoples should be making the decision.