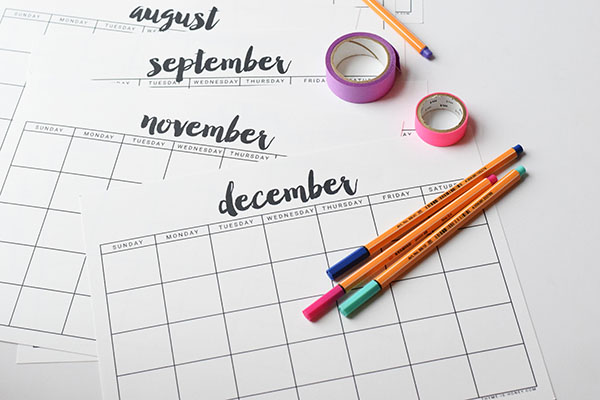 SHOCKINGLY ENOUGH there has been quite the talk around the ridiculously sweaty halls of DHS about the largest and most significant change to the school this coming year – the new schedule. As everyone is well aware of by now, the four-block days and semester change are currently a thing of the past, and has been altered to seven, year-long periods. Spoiler alert: people aren’t happy.

It doesn’t take an expert in investigative reporting (like myself) to come to the conclusion that the conversations around the schedule are, for the most part, not positive ones. However, before diving into the various details surrounding the subject, it is important to address what the administration had in mind with this plan.

The idea was to avoid going potentially a whole year without a math or foreign language class. While it’s too early in the year to tell if this is a genuinely helpful alteration, there are a multitude of other comments made that have been in circulation.

There is a general consensus that the shorter periods make the day go by faster, and in turn, more tolerable.

“I like it. It feels like we haven’t done much because you can’t get through a lot of work each day,” said junior Nick McMaster. “But I do think we should have a free period at some point.”

Additionally, it is appreciated that some classes, such as AP Government and Politics, are a full year as opposed to half, said Senior Oona Clarke, although she found the shortened classes to hardly make up for that improvement.

Some departments are harder hit than others.

The sheer lack of class time in the 50 minute blocks is an inconvenience for some classes, particularly AP Art. In previous years during the block schedule, AP Art was given a full year, with an hour and 20 minutes for each class. Now, it has been bumped down to a year round class of 50 minutes a day – unlike many of the other past year round classes such as AP Chemistry and AP Bio, which have some combination of two periods a day.

“I think the administration didn’t think about the arts at all and specifically AP Art,” said Clarke. “Fifty minutes each day is not enough time to do the amount of work we have to create. If I’m painting, it takes a while to set up, and then to clean up, so 50 minutes is practically nothing.” This opinion was shared by many art students.

Others complained how disruptive second lunch can be to classes.

“It’s essentially like having two 20-minute blocks, with teachers having to deal with kids coming to class and settling down, then leaving for lunch, then coming back from lunch, settling down, only to leave soon after,” said senior Charlotte Correiro. She went on to point out that the lesson gets broken up even more so than with 80-minute classes, leaving very little content to actually be taught each day.

Others found fault with the lack of time in between classes, combined with the increased number of periods. Seniors Rebecca Benoit and Reilly Leconte both struggle with maintaining proper spinal structure while carrying so many supplies.

“At one point in the day, I’m carrying enough books and binders for four classes,” said Leconte, also mentioning how much running is involved in attempts not to be tardy to class.

Benoit said, “It’s not healthy for us to be carrying around that kind of weight all day. And now they want us to carry around Chromebooks, too. They better supply carrying cases because that’s not fitting in my bag.”

Many agree that the passing time in the previous schedule allowed for plenty of time to stop at the lockers, despite usually not needing to. Now that the lockers would actually be of use, they’re practically unattainable.

With the increase in the number of classes in a day, it was assured to us that students would be assigned less homework. Quickly enough, that particular hope was squandered. “None of the teachers have assigned less homework then they’re supposed to, and I can’t even change my classes if I find it’s too much,” said junior Kenzie Waskiewicz.

Overall, many anonymous comments were made about the absolute animosity felt for this new schedule.

“I have to study for four tests in one day, and there’s barely even time to take a test,” said freshman Diya Patel.

She wasn’t the only one with complaints in regards to the pile-up of assessments, as an anonymous sophomore objected to having five tests in one day, and the amount of studying that had to be done in a night to prepare.

While upperclassmen are able to drop courses such as science, foreign language, and history, once the credit requirements are fulfilled, underclassmen are stuck with the vast majority of the day being mandatory academic classes.

It was also pointed out that the block scheduling shared greater similarities with how higher education is run. “I’m nervous about not being prepared for college classes because these periods are much shorter. Plus there’s no semester change either,” said freshman Leah Choubah.

Students also had schedules they weren’t pleased with, particularly with overlapping classes such as band and orchestra, which intersected with courses such as AP Biology and AP Environmental.

There are additional grievances with the shortened lunch periods being hardly enough time to eat, as well as even less appropriate time to go to the bathroom.

In general, the student body is less than pleased, and hopes for these concerns to be addressed for future schedule changes.