January 6: A day that will also live in infamy 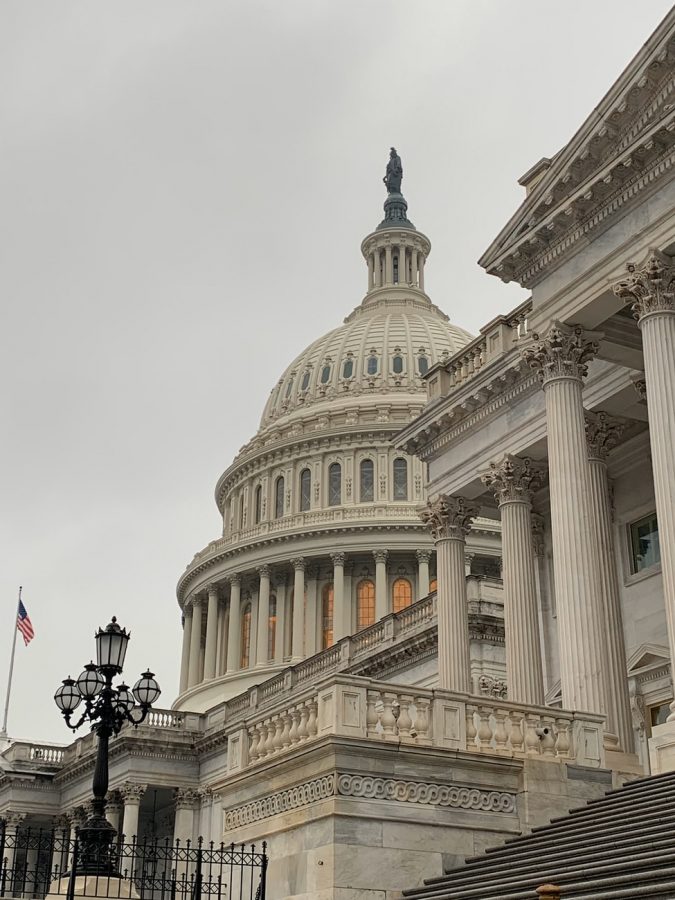 After knowing the events that took place inside and outside the Capitol building, we must begin to question the reasoning of them and why they weren’t prevented.

I’m sure you’ve heard of the unfortunate events that took place on January 6 in Washington, DC. As you read this article, I’d like to ask you to take a few minutes of your day and forget whether you’re a Democrat, a Republican, a supporter of the Black Lives Matter movement, or an independent. The riot that took place at the Capitol was an offense to our country as a whole, not just the opposing political side of the supporters that participated.

Thoughts on the January 6 Riot

After knowing the events that took place inside and outside the Capitol building, we must begin to question the reasoning of them and why they weren’t prevented.

The most obvious is how the Capitol failed to be protected. Capitol security failed in many ways. The most criticized was how Capitol police allowed rioters to almost walk straight into the Capitol. Viral videos show Capitol officers taking selfies with Trump supporters and moving aside to let the mob crash into the building. Could the police have done this because they were outnumbered?

This question remained relatively unanswered due to the unseen perspective of Capitol officers on January 6. The New York Times, two months later, interviewed officer Harry Dun, whose colleagues included officer Eugene Goodman, known for his heroic efforts to protect House Representatives inside. While discussing the experience Mr. Dunn had as an officer facing hundreds of protestors, the main concern was the number of rioters present. This was a key factor in why the original Capitol officers opted to not use force. As Dunn described when he was in a situation where the ratio of officers to rioters was widely disproportionate, “There were people around me, but you felt like you were alone, because there were so many people, you know?”

The feeling of isolation of being overwhelmed by white supremacists and people yelling derogatory terms at the officers involved at the riot takes center stage for the reasoning behind why the police did not use force. The remaining unanswered question is only why the police didn’t prepare to a further extent for the influx of rioters on January 6, which Harry Dunn has refrained from sharing to The New York Times.

Reeling back to a day before the riot, on Tuesday, January 5, the FBI in Norfolk, VA, issued a warning that far right radicals had plans for violence the next day, including threats against members of Congress and the exchange of information regarding the layout of the Capitol. This information had not been validated or analyzed. Was this mistreatment of information intentional or a misstep?

The riot on January 6 have raised many questions and perceptions of justification and justice itself. While these questions can’t be directly answered, there are varied possibilities that this event’s outcome has on future protests, legislation, police funding, and response.

On the topic of future protests, it’s possible that the tenacity of the riot on January 6 could set a precedent. While protests of the past have rarely involved vandalizing and stampeding a government building, the nature of how the Capitol building was run over suggests that more protests after the Capitol riot may follow in example and develop more violent tendencies.

The idea of new legislation developing in reaction to the Capitol riot has already become relevant in President Biden’s consideration of a domestic terrorism law. The definition of a domestic terrorist is crucial to understand when weighing the idea of a law regulating violent groups as it will govern which groups fall under this possibly new law. The government has taken this role and defined a domestic terrorist as anyone who commits violence with the intention to intimidate a civilian population or to influence government policy or the conduct of government. If this law was to be established, groups such as BLM protestors and Climate Change activists could be categorized to fit the group description eligible for prosecution. The possibilities of this new legislation would vary based on who the president is and what groups they support and oppose.

While protests may seem to be the most important example of future change stemming from the Capitol attack on January 6, security measures, and how long they will remain, are just as controversial. cFor example, the new fence surrounding the Capitol. Recently, parts of the fencing have been removed, allowing less tension to surround the anticipation of any further mob attacks. The continuation of this process of removal has been supported by Senators Roy Blunt (R-Missouri) and Chris Van Hollen (D-Maryland), and their proposition of a bill that would ban a permanent fence around the Capitol on March 25. The lack of support for the fence by these senators is reasoned by the claim that having a metal and barbed wire fence surrounding the building where American legislation is created and put into motion would set a bad precedent for what the Capitol represents.

What Led to the Riot

On January 6, a group of protesters, with the majority being Trump supporters, marched to the Capitol building after a speech from former president Donald Trump at the White House which then became a violent riot. To understand what happened and why, you must first be aware of the causes.

On Monday, January 4, Enrique Tarrio, a leader of the Proud Boys was arrested for property destruction and possession of high-capacity firearm magazines. The Proud Boys are known to represent the radical right, white supremacy, and political violence. Could it be assumed that the actions of this prominent leader in the Trump supporter community set an example for the riot to come?

As popularly known, protestors on January 6 chanted the phrase, “stop the steal.” This starts with the speech by former President Trump behind the White House right before noon in which the president made claims that there was fraud in the 2021 election and that the election was stolen from him. “This election was stolen from you, from me, from the country,” he said. At the end of this speech, Trump, saying that he would walk with them, made remarks suggesting that his supporters march down to the Capitol. However, he did not join his supporters and instead returned to the White House.

Around 2 p.m., Trump’s supporters then began to walk down to the Capitol, nearing some fencing and a small number of police in front of the Capitol building. Following this, law enforcement agencies then received information that there might be a bomb at the RNC and the DNC. By this time, the protestors had become heated and started to try to breach the Capitol. There were attempts at breaking through barriers that were set up; people started to try to push their way through the doors as police tried to push them back.

After the true nature of these protestors was revealed by the beginning of violent behavior and breaches on the West side of the Capitol building, the Capitol went into lockdown due to an “external security threat.”

After protestors had gotten increasingly close to the Senate chamber, members of Congress were then rushed to a safe place to remain in lockdown. Only then did the D.C. Mayor Muriel Bowser request the National Guard and Capitol police for backup. Following this, Trump began tweeting about Mike Pence, criticizing him. This sparked the chant, “Hang Mike Pence!”

At 2:44 p.m., a Capitol Police officer shot Ashli Babbitt, an Air Force veteran. All available backup was then called for. By this time videos from inside the Capitol had been well-circulated and Trump replied by telling the rioters, “Go home with love & peace. Remember this day forever!”