The End of a Dynasty 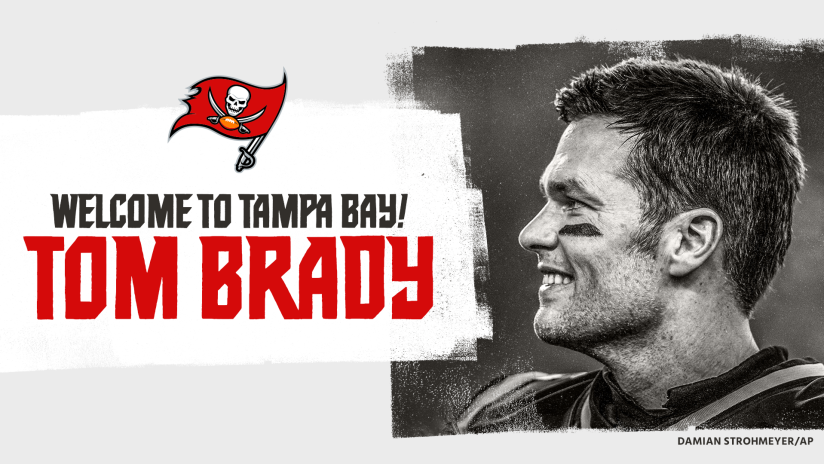 A dynasty ended in New England when Tom Brady announced he was signing with the Tampa Bay Buccaneers.

“It has truly been the happiest two decades I could have envisioned in my life and I have nothing but love and gratitude for my time in New England,” said Tom Brady in an Instagram post, March 17.

This past Tuesday, probably the greatest football duo of all time, Patriots Head Coach Bill Belichick and quarterback Tom Brady, broke up, ending a 20-year-dynasty and shocking some fans, while leaving others not knowing what to expect next.  Twenty-five-year-old adult Patriots fans cannot remember a losing Patriots team or a time without the reign of Brady. We have been fortunate enough to live through history, but with that said, all good things must come to an end.

Back in the 2000 NFL Draft, Tom Brady, coming out of the University of Michigan, was drafted to the New England Patriots as the 199th overall pick.  He was certainly an underdog and underestimated, with a measly 5.28 seconds for his 40-yard-dash in the NFL Combine.

After a historic run, composed of 74,571 passing yards, only a 1.8% interception rate, six Super Bowl rings, nine Super Bowl appearances, and three league MVPs, Tom Brady ends his Patriots Dynasty.  He tells Instagram, “FOREVER A PATRIOT,” in his caption of the announcement.

But will he always be a Patriot?

Many fans feel betrayed by Tom Brady’s abrupt departure, thinking he would truly stay a Patriot “forever.”  With his lengthy career, most fans reason that it would be logical for him to complete his remaining years with the team he and his fans have devoted years to.  He has left an impact on New England like no other, and it is almost a stab in the back to leave at this stage in the game.

He has played a whopping 20-year career thus far, longer than most players ever will, but still persists and continues to play.  He has proven to defy all odds, from epic comebacks to an aging body. He has surpassed the usual football career life expectancy and shows no sign of stopping.

The whole situation just does not add up; a football legend leaves his team with a dwindling career instead of finishing off his final seasons.  It just doesn’t make sense and does not seem like a move the dedicated and fan-loving QB would do in a normal, perfect world. Something is off; there is an underlying secret that motivated Brady to leave, possibly a rotting social connection with his head coach.

Stemming from issues that started years ago, the Brady-Belichick relationship has clearly deteriorated over the years.

In 2017, Belichick tried to keep back-up quarterback Jimmy Garoppolo, offering him upwards of $17 million for a four-year contract extension, according to Sportingnews.com.

“Belichick wanted Garoppolo, whom New England had picked in the second round of the 2014 NFL Draft, to replace Brady as the starting quarterback once the older passer was finished,” says Sportingnews.com. Garoppolo turned down the offer and left for undisclosed reasons.  Some feel that Brady felt betrayed by Belichick because of Belichick’s willingness to replace him – especially after Brady had repeatedly taken less money in his contracts for the good of the whole team.  Brady, with his MVP and Super Bowl-winning reputation, could have easily demanded max contracts every year, which would have profited in $287.6 million, as opposed to his actual earnings to date of $227.2 million, according to businessinsider.com. Thus, Brady has given up about $60 million in contract money to open up space for other players. He has sacrificed for the team effort, with little in return.

Furthermore, Patriot’s CEO Robert Kraft supported Brady, allowing him to stay with the Patriots as long as Brady pleased.  Thus, Kraft overrode Belichick, a decision that proved to upset Belichick and further the tensions.

A division between the two only worsened.

Later in the 2017 season, Belichick actually banned Tom Brady’s personal trainer, Alex Guerrero, for four games.  Belichick rejected discussion of the subject when asked during a WEEI radio interview. Guerrero was a good friend of Brady so this did not settle well with him.

Recently, on March 3, Brady had a phone call with Belichick that reportedly, “didn’t go well,” according to CBS Sports.  This phone conversation seemed to be the last straw for Brady.

These moves, and other disagreements on coaching styles and acquiring and trading players, ultimately caused the deteriorating relationship in the Dynasty and pushed Brady to leave.

Others argue Brady’s decision was due to his desire to prove himself as an individual success.  He has always been tagged along with Belichick in every win. Brady and Belichick have been credited for the successes, not just Tom Brady.  Brady probably wishes to prove that he can succeed on his own and his success is not just a result of Belichick’s coaching. This would extinguish the question, “Is Brady only a great quarterback because of Belichick’s coaching?”

So, he leaves the Patriots and signs with the Tampa Bay Buccaneers for a two-year contract, at $50 million with a $9 million incentive.

But, why the Buccaneers?

The Buccaneers scored a total of 54 touchdowns, accompanied with 47 sacks and 6,366 total offensive yards in the regular season. Two of the Buccaneers, Chris Godwin and Mike Evans broke the 1,000-receiving-yard barrier, whereas, only one Patriot, Julian Edelman passed this mark.  The Buccaneers are just as eager to add to their offensive yards just as much as Brady is searching for stronger receivers.

Brady is looking for a team with more offensive weapons and also a team willing to pay.  Tampa Bay has plenty of cap space to hire multiple string receivers who would be eager to play with the GOAT. Ultimately, money and the prospect of proving his capability to win on his own drew Brady to Tampa Bay.

To rub salt in the wounds, Brady appeared in a Hulu commercial in early February of this year.  He ended the Hulu Live Sports promotion with a seemingly misleading statement, “But me? I’m not going anywhere.”

This led fans to believe Brady was staying with the Patriots and not going anywhere.  It was a fair assumption from a deceiving statement.

Now, it proves apparent that Brady’s message in the commercial is that he is not retiring.  Brady means he will still play football, just not for the Patriots. Under further analysis, the commercial shows the stadium lights shutting off, one last time, as Brady goes on about Hulu Live Sports.

Brady felt he had sacrificed for the betterment of the team, including pay-cuts, but the coach gave him little love in return.

Personally, Tom Brady, a legend I idolized since I was young, has lost a lot of respect in my books. His frustrations with the coaching staff are completely understandable.  However, his move doesn’t just retaliate against Belichick, but it also hurts his fans, innocent in the causes of the feud. His move is childish and shallow, a stab in the back to his most dedicated fans.

Nonetheless, I and all of “Pats Nation” will always treasure the history and memories made in Gillette Stadium.  Brady feels similarly. “I thank you from the bottom of my heart and I will always love you and what we have shared – a lifetime full of fun memories.”